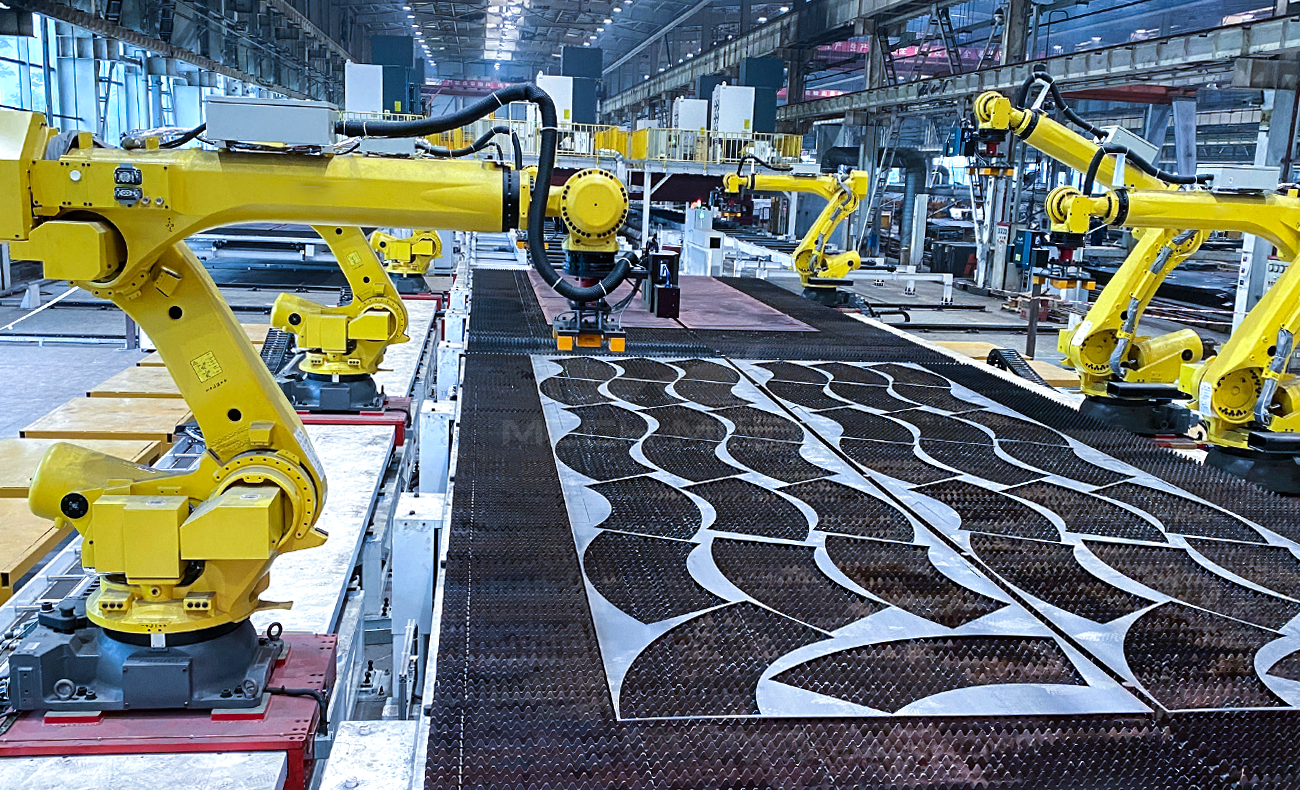 3. According to the follow-up process requirements, the built-in intelligent palletizing strategy manages a reasonable palletizing pattern to make sure a full usage of space;

4. High precision unleashes the potential of handling of demanding situations such as the laser cutting gap of mere 0.4mm.

5. Truss robots automatically sort large workpieces of over 200kg, this practice has made a benchmark project for our customer.

2. It is the first fulfilling and stable running material staging production line in the Group of our customer, which is regarded as the benchmark project in their Group.